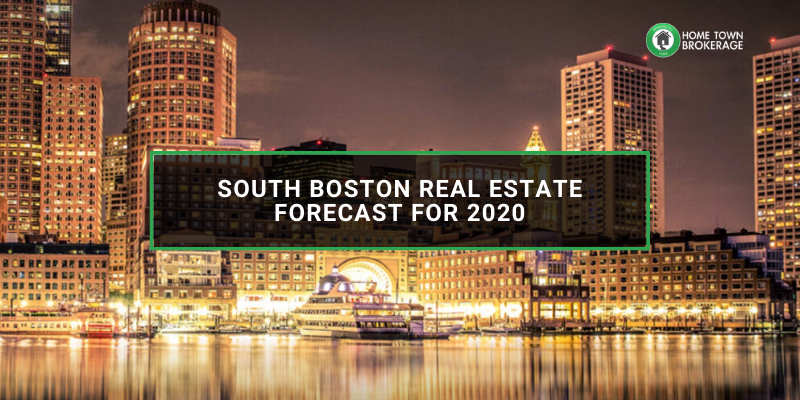 Boston has been a great place for real estate investment for many years, and since the greater Boston area contains roughly 70% of the entire state population of Massachusetts, it stands to reason that a great many people will be living in the metro area at any one time. There has now been a fairly long stretch of increasing prices for Boston real estate, which is of course in keeping with the soaring demand for housing, and that includes a lot of the luxury housing which has been recently constructed in South Boston.

The forecast for luxury housing as well as other housing, in general, continues to be favorable in South Boston, at least through the first half of next year. The trend which saw new luxury condos being constructed in all available space, and sometimes on previously occupied locations, is likely to continue through at least the second quarter of 2020, according to most housing forecast experts. Beyond that time frame is a little harder to predict, with many experts urging caution about the longer-term prospects, primarily because they expect a natural downturn after this extended boom time.

What supports the Boston economy?

There is a great deal of support for the Boston economy, and this is one of the reasons that the housing market has continued to remain strong for so long. In recent years, the city has become home to a great many businesses in the areas of tourism, transportation, financial services, and most recently, a strong influx of venture capital. Funding for a great many startup companies is pouring forth from the metro area financiers, so that it is quickly becoming a haven for support for FinTech, MedTech, and  EduTech startups.

The economy has stayed strong for another reason as well. As many Baby Boomers retire, newcomers from out of state are rushing in to take their positions and fill the void left by departing expertise. This has provided a whole new source of income and commerce for the city, with all these new state residents buying or renting homes, and availing themselves of the vast array of services provided by the state and the city of Boston. With employment opportunities abounding, pay scales are also rising to attract new talent, and the whole regional economic benefits.

While there are a few nay-sayers who continue to predict a housing market crash in 2020, these are mostly the same individuals who have been predicting the same thing for the last 5 or 10 years - and it still seems unlikely for the coming year. Employment is extremely good in the Boston area, and the stock market remains on a positive trend, and all this bodes well for the housing industry. In September of 2019, first-time home buyers snatched up 14% of all homes sold in the region, and that was a contributing factor to having housing prices rise by nearly 6%.

The U.S. economy as a whole continues to perform well, despite expectations of a slowdown, and the global economy appears stable as well, if not exceptionally strong. Economic and political factors seem to indicate that a bull market will prevail in the stock market for the next several months, and this is another positive influence on the South Boston housing market. The accompanying low-interest rates will also help to sustain strong growth in the housing industry, and will serve to keep prices rising, if only modestly.

The overall Boston housing market for greater metropolitan Boston for the three-year period ending in 2021 is strongly positive, and the accuracy of this trend forecast has been historically proven to be 78% accurate. For the past several years, South Boston has enjoyed a huge growth spurt in both business construction and housing facilities, probably even more so than any other neighborhood within city limits.

This alone should be a strong indication that South Boston real estate can expect to have a fairly strong year in 2020 when it comes to new housing and for rising prices associated with the sale or rental of housing. If a downturn does occur, it does not appear to be anywhere on the horizon at present, so real estate investors can remain confident about any investments in the South Boston area.