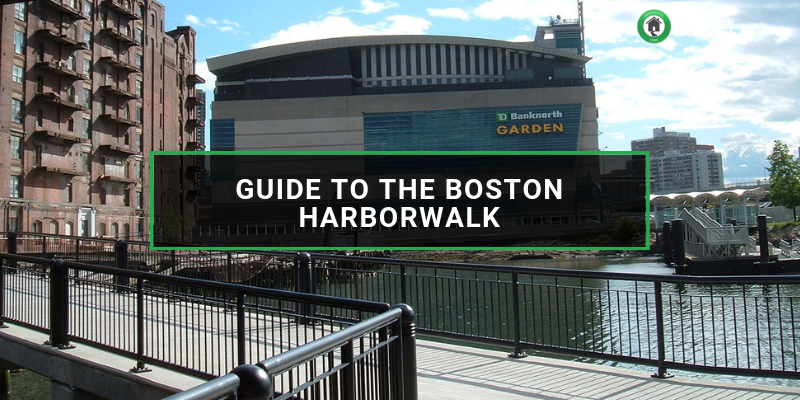 Boston is a great place to be in the summertime, and everyone in the city enjoys taking a trip down to the waterfront, which has so much to offer. The Boston Harborwalk is one of the most popular features along the waterfront, consisting of a walkway which extends from Charlestown all the way down to the Dorchester coast. It is nearly 50 miles long, and along the way there are myriad opportunities for lounging, for playing, enjoying good eats, and just appreciating some marvelous scenery. There are also public art displays, greenways, and even a few museums, so as to capture the attention of just about anyone who chooses to take even a short walk along the Harborwalk. Here are some of the highlights you can expect along the way, so you can choose which part of the Harborwalk you want to enjoy on any particular day.

In the Charlestown area of the Harborwalk, one of the most popular features is the US Navy Yard. Many a history buff has spent the entire day at the Navy Yard learning about all the history displayed there, and seeing for themselves some of the artifacts from this country's naval history. The USS Constitution, which is also known as Old Ironsides, is there on display, as well as a World War II destroyer ship, which can be explored by all. For anyone who is interested in examining maritime artifacts and art, you can pay a visit to the Boston Marine Society, which is also located in this area. Very near the Navy Yard, you'll find the Boston National Park, Shipyard Park, Paul Revere Park, and the City Square park. All of these will provide relaxing natural scenery, and in the case of Paul Revere Park and Shipyard Park, there are also great playgrounds available for your kids.

Along the Dorchester section of the Harborwalk, there are a tremendous number of recreational spots, as well as some great cultural opportunities. You'll be able to visit the John F. Kennedy Library and Museum which is situated on Columbia Point, where you can learn about his tenure in office. There are a number of large-scale outdoor sculptures to be seen at UMass Harborwalk. For just plain having fun outdoors, you'll appreciate Pope John Paul II Park which is situated on the Neponset River, or you can take a swim at Tenean Beach. This terrific waterfront area is one of Boston's best kept secrets, and includes a wonderful playground, picnic tables, and numerous water fountains to keep everyone cool.

If you have kids, the East Boston section of the Harborwalk might be ideal for you, since it includes a number of playgrounds and water activities which children love in the summertime. In fact, the most kid-friendly location along the entire Harborwalk may be Constitution Beach, where you'll find a fun playground, plenty of picnic areas, and lifeguards on duty throughout the summer. The East Boston Greenway offers some beautiful walk paths and bike paths, as does Piers Park. At these two venues, there are also some splash pads that your kids will just love playing in on a hot summer day.

The North End and Downtown

As you might expect, the Downtown section of the Harborwalk is one of the most popular portions of that structure. The New England Aquarium is located along this stretch, as is the Christopher Columbus Waterfront Park, which has a spray fountain, a playground, and loads of space to relax and enjoy the scenery. When you're ready to get in out of the hot sun, you can visit the Boston Harbor Hotel and check out the collection of 90 Boston Harbor maps, which chronicle the changes undergone by the waterfront area between the 17th and 19th centuries.

When you take a stroll along the South Boston section of the Harborwalk, you'll find miles of public beaches, as well as some working harbors and some delicious seafood restaurants. There are huge cruise ships to be seen along this section, as well as a number of fishermen trying their luck at catching their limit. There are plenty of swimming places, including Castle Island, Carson Beach, and the L and M Street Beaches. Your kids will love picnicking, swimming, and playing at any of these terrific venues, and the whole family can tour Castle Island, where historic Fort Independence is situated.