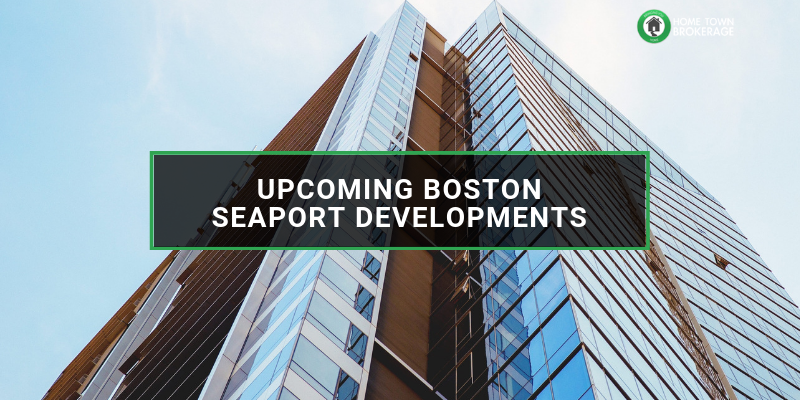 There's no doubt that the city of Boston is in the midst of an unprecedented building boom, and there are a number of huge and spectacular projects already underway, which promise to help revitalize the city, and provide it with even more appeal than it already has. The Seaport District is an area of particular interest, with a great deal of attention being focused on constructing new luxury buildings where condominiums and apartments will be provided to fortunate tenants and buyers. Some of the most inspirational and awe-inspiring of these projects are identified below, some of which will be completed this year, and others which will see completion in the very near future.

This project got underway in May of 2018, and will be the fourth-largest hotel in the city when finally completed. This is a $550 million project that will add 1,055 rooms on Summer Street, directly across from the Boston Convention and Exhibition Center. There is a whole catalog of hotels currently being constructed in the city or which are planned for construction, and this one is the biggest.

The Seaport District has long been identified as an area which is under-served by hospitality facilities, making it perfect as a location for the Omni Boston Seaport Hotel. The facility will be 21 stories high and will include 100,000 ft.² of event space and meeting space, with the largest hotel ballroom in the entire Seaport District. The Omni Inn will provide permanent jobs for between 700 and 1,000 Bostonians, making it one of the biggest employers of the area.

This construction project will include 18 stories, with 400,000 ft.² of office space, and 60,000 ft.² available for retail enterprise. It is situated in a prime location, just a whisker away from the Financial District, as well as the Rose Fitzgerald Kennedy Greenway. This entire area is seeing a huge revitalization, after falling into disuse following World War II, and later becoming infamous for criminal activity and parking lots. All those negative connotations are long gone now, and the natural resources of the area are being exploited and enhanced by a number of spectacular construction projects, including 88 Seaport.

This project is situated at 399 Congress St., and is a 22-story building which will have 414 apartments available for residential occupancy. It is being developed by Crescent Heights, and is expected to be completed sometime during the year 2019.

With construction currently underway at 501 Congress St., this project is scheduled to be completed sometime in the year 2020. When finished, it will offer 312 units for dwellers, and will rise 23 stories high above Congress Street. It will be an apartment tower with street-level retail offerings, along with 84 parking spaces, and altogether will include 345,000 ft.² of space.

This project is underway at 315 Northern Ave., and is a combination hotel and residential building being developed by Lincoln Property Company. The expected completion date will be sometime in 2020, and when it's finished, it will offer 304 units to the public, in 12 stories. The Hyatt Place hotel inside will provide 294 rooms for travelers, and will offer tremendous views of the Seaport District for those passing through the area. Altogether, the project will embrace 500,000 ft.² of residential and hotel space.

Slated for completion sometime in 2020, this project is currently underway at 150 Seaport Blvd., and is a residential construction which will be 22 stories high. There will be 114 condominiums available for purchase when the project is completed, and there is no doubt they will quickly be snatched up, since this is a prime location in the city, and is considered to be one of its most dynamic sections