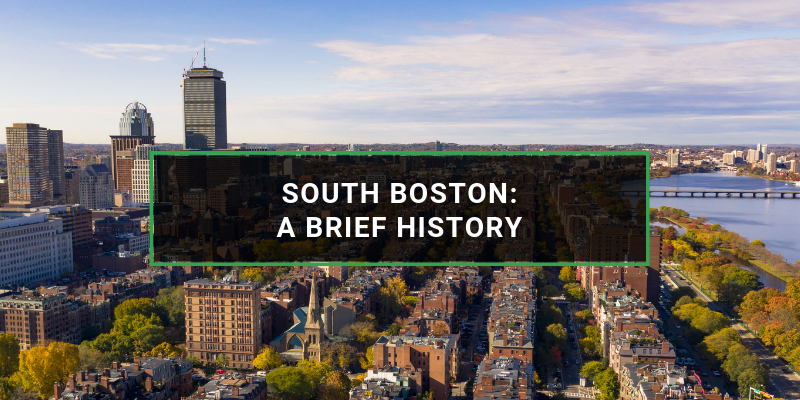 South Boston has had a very colorful history, which extends far back into the origins of this country, and which has included a number of interesting twists and turns. From its beginnings as an Indian settlement to the modern day center of the great city of Boston, South Boston has enjoyed very exciting times, and is now home to a great many Bostonians. Most people who currently live in South Boston are probably unaware of its rich history, and the present discussion will hopefully provide a few points of interest to amend that.

In 1630, the Pilgrims established a settlement known as Dorchester, which was located on a peninsula referred to by native inhabitants as Mattapan, and which was located somewhat south of modern-day Boston. By 1635, Rev. Richard Mather had arrived at the settlement of Dorchester, bringing with him about 100 followers, as well as 23 heifers and cows, eight mares, and three calves. Directly opposite Dorchester there was another peninsula so small in size that at high tide it was reduced to an island.

Records indicate that Dorchester inhabitants first came ashore on the beach which is now situated precisely in the area of K Street in South Boston. This tiny little peninsula eventually became known as Dorchester Neck, and remained the center referred to by natives as a Powwow Point, which was a very significant meeting place for their ceremonies as well as their burial ground. It appears that just before the pilgrims arrived in this region, the native population was totally decimated by a terrible plague which wiped out huge numbers.

Anyone who remembers their Revolutionary history will recall that the British Parliament passed the Stamp Act in 1765, and imposed it on the colonies as a way of generating tax revenues which could be sent back to England. This act required that all colonists who had to print any kind of legal documents or publications, must affix an official embossed revenue stamp to the documents, in order to comply with the Stamp Act. A large volume of this hated stamped paper was stored at Castle William, which is the modern site of Fort Independence, located on Castle Island in South Boston.

However, most of these were competently repaired or renovated by American troops under the command of Lt. Col. Paul Revere. The date which the British were forced to evacuate on is considered George Washington's initial victory of the Revolutionary War, and is still considered an official holiday in Boston. That evacuation day is traditionally celebrated as March 17, which coincides with St. Patrick's Day. This of course means that all Southies have plenty to celebrate on March 17, and that's why it's one of the most highly anticipated dates of the year.

A group of affluent (and very shrewd) Bostonians purchased a huge amount of property on Dorchester Neck in 1803, and in the following year the entire peninsula was annexed by the city of Boston. This included all 600 acres of the peninsula, which at that time was only populated by about 60 families. The investor group enhanced access to the area by constructing a toll bridge across the channel, and then set about planning the very well organized street grid which remains in place to the present day.

Then as now, Dorchester Street ran north to south, Broadway ran East to West, A Street through Q Street ran parallel to Dorchester Street, and first Street through Ninth Street were constructed to be parallel to Broadway. Prior to the annexation, lots which had sold for $400 an acre, immediately began selling for close to $5,000 an acre, and the legacy of modern South Boston was established.