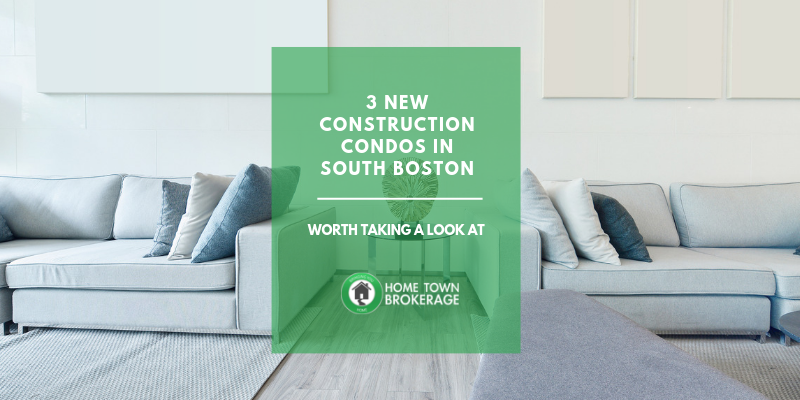 Late in 2017, construction began on one of the new construction condos in South Boston, luxury condo buildings on the busy A-Street corridor, with a view toward making them available at the earliest opportunity. In all, 32 new buildings were envisioned for the project, the first of those being at 39 A Street, a facility which would be home to 23 individual residences ranging from studio accommodations right up to penthouses with three bedrooms.

All of these luxury suites represent some of the most recent South Boston new construction, and the low-end starting price is set at $500,000, with the penthouse suites offered for $1,800,000. The penthouse units would have private roof terraces which have completely unobstructed views of the city, both in the immediate area, and the expanse to the north.

More features at 39 A Street

Residents at 39 A Street will also have access to a common roof deck, bike storage, garage parking, and complimentary package retrieval. This new building is situated directly across from another luxury development known as the Allele, which sold out its suites in just a few months after opening to the general public. Residents of 39 A will also appreciate the convenience of the location, with the building be situated very close to the Broadway stop on the MBTA Red Line, and also in close proximity to several classy restaurants, including Worden Hall, The Maiden, and Stephie's in Southie. In the Spring of 2018, this facility opened up, and suites were offered to the public.

One of the most prestigious and hottest properties in the entire city is the development of luxury condominiums at 45 W. Third Street in South Boston. Characterized by its 105 luxury units, and 109 free parking spaces, Port 45 is located very close to South Boston's legendary Seaport District, and a very short walk from the MBTA Red Line, and commuters will love the nearby direct subway line to Downtown Boston.

Many of these 105 units are equipped with outdoor private terraces, as well as state-of-the-art kitchens, elegant fixtures, luxury bathrooms, washer-dryer combination appliances, floor to ceiling windows, and beautiful hardwood flooring. Free parking comes with each unit, and all are fitted out with smart home technology to make your life much easier and more efficient. All residents of Port 45 can expect to enjoy such luxury amenities as concierge service, secure bike storage, fitness spa, a well-equipped gym, and 24x7 security for occupants and their possessions.

At $1,600,000, this unit is a sight to behold, and a real bargain for any luxury condo hunter. It is a spectacular penthouse suite which has an expansive view of the entire city, and which can be enjoyed at literally any time of year. It has an open area for the kitchen, dining room, and living area, which creates a sense of spaciousness that makes it seem several times larger than its actual dimensions. With 3-1/2 baths, it can accommodate a whole family of occupants, or a huge number of guests, if you happen to be entertaining.

You'll find brand new, high-end stainless steel appliances in the kitchen, which not only look fantastic, but which will last for a number of years into the future. The quartzite counters are 2-1/2" thick, and they just exude style and class, along with durability for the person in your family that does all the food preparation. With two decks, this unit can literally afford you a rooftop oasis and a spectacular view of the Boston skyline. There is an enormous walk-in closet in the Master Bedroom, and marble tiles in the bathroom. On top of everything else, it's situated just two blocks from the Broadway T Station, and is within a half mile of the Seaport District.