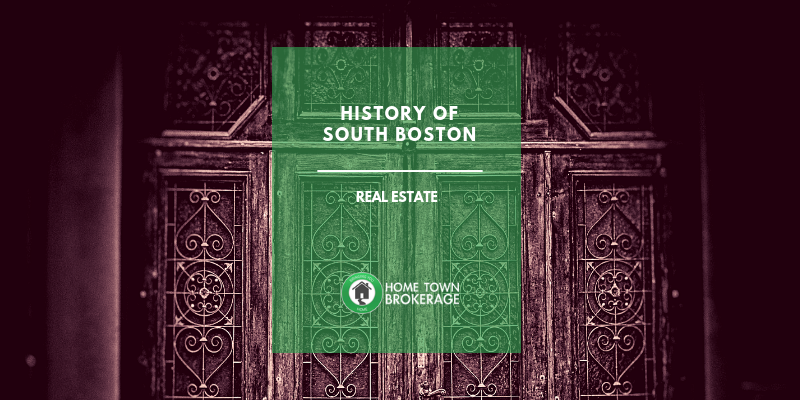 As real estate professionals in South Boston with decades of experience, we can tell you that time knows no boundaries. We’ve seen ups and downs in the housing market in Boston but one thing is for sure, home prices are steadily rising. It’s really interesting to look back through the history pages and see the difference between what homes sold for historically compared to now. All across the country, you’ll find this pattern perpetuating in every industry and the housing market is no different. Take a look with us down memory lane.

South Boston, a neighborhood the locals affectionately called Southie is a beautifully quaint community centered neighborhood close to downtown Boston. What was once a home for Irish Catholic immigrants, South Boston is now a densely populated neighborhood full of history and tradition along the south and east of the Fort Point Channel and abuts Dorchester Bay. South Boston features panoramic views of Pleasure Bay. South Boston is becoming more and more popular among young professionals and families due to the number of amenities in the neighborhood as well as the proximity to the rest of the city as well as the numerous revitalization efforts that have been underway. Real estate in Southie has seen an increase in price over the last several years. Remaining true to its roots, South Boston has a rich Irish Catholic heritage and is home to the St. Patrick’s Day Parade, which celebrates the Irish-American culture. South Boston is home to Dorchester Heights, a National Park. Fort Point in Southie is a hub for the arts community. There are also several popular beaches in Southie as well as waterfront parks and organic markets.

The historical significance of the area dates back to the late 1700s when  George Washington placed a cannon on the fields in what was known at the time as Dorchester Heights which forced an evacuation of British troops from Boston. One interesting thing of note about South Boston is that some of the oldest public housing in the United States can be found here.  Although you wouldn’t know it now from the various redevelopment projects currently in the works, South Boston was heavily populated by middle-class families. Now as we make way for new construction condos, remodeling older homes, and major construction projects, we’ve seen major shifts in the neighborhood including our skyline, the population, and the business community.

Because of these many changes, home prices have steadily increased. In fact, within the last year, home prices in South Boston have increased by as much as 8%. The average home price in South Boston today is nearly $700,000. Based on trends from the past few years, we can only expect to see more increase. For example, we wouldn’t be surprised if average home sales reach a record $750,000 in South Boston by late 2019. This is a striking difference from what homes were selling for in 1940. Statewide homes were selling for $39,000 back in the mid-1900s. What a huge difference? Inflation can’t take all the responsibility for this great disparity though. Homes were much smaller back then and as we mentioned earlier, most residents of South Boston were middle-class working immigrants.

It’s no secret that the housing market can change at a moment’s notice. It is our job to keep a pulse on this ever-changing market to provide you with the best customized and informative service as we can. If you’re interested in hearing more about homes in South Boston, get in touch. We’d love to show you around.