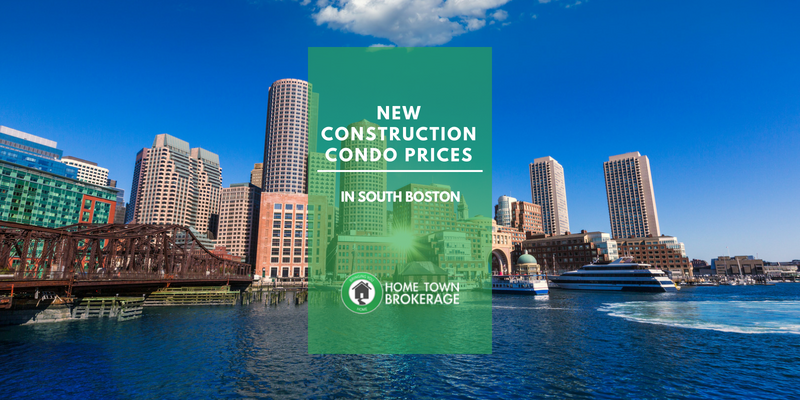 In the past few years, Boston has seen its fair share of new construction condos. Ranging from mid-priced to luxury, a quick ride through Boston’s trendiest neighborhoods will reveal that there’s no shortage of new construction condos and the boom doesn’t seem to be slowing down. For example, South Boston, a forward-thinking area known for arguably some of the best views in town, leads in the avalanche of new projects being started in Boston since as early as 2015. Many projects in the South Boston waterfront area such as the multi-billion dollar Seaport Square Development have been the catalyst for new construction and an influx of new residents in the area.

If you want to live in a condo in South Boston, here are a few things you should know…

South Boston is a highly sought after neighborhood. The area most affectionately known as, ‘Southie,’ is home to the famous St. Patrick’s Day Parade. Its vibrant nightlife, restaurant scene, access to highways and downtown have made it a very popular neighborhood. Did we mention how close the South Boston neighborhood is to waterfront attractions? Empty Nesters, families, and young professionals have all found and made South Boston a quaint home with accessibility, and breathtaking views to beat. What was once a settlement for Irish middle-class workers has become an epicenter for one of Boston’s largest booms since the 1630s.

Overall, home prices in Boston have increased by as much as 5.5% in the past year. Real estate market trends in South Boston have been on a steady increase in recent years. In fact, NeighborhoodX lists South End as one of the most expensive neighborhoods in Boston where the average home is sold for prices ranging from $713 per square foot to $1,559 per square foot. That means a 900 square foot condo could sell for $1.4 million such as the case for South Boston’s busy A Street corridor where new condos are currently under construction. For example 39 A Street is a new construction featuring 23 residences ranging from studios to three-bedrooms features “custom-designed Italian kitchens with energy-efficient appliances, hardwood flooring, large closet spaces, ‘smart’ home systems, in-unit washer and dryer, central air and wheelchair access.” These homes range from $550K to $1.8M.

New construction condos in South Boston all have one thing in common, luxury. Shooting for a modest studio condo? Or, a spacious penthouse with an amazing rooftop terrace? Either unit type will invoke prestige and excellence in a number of ways. Features such as hardwood flooring, granite countertops, stainless steel appliances, and Victorian architecture paint the picture of luxury for incoming residents. Another common theme we’re seeing is a focus on views. Whether it’s a breathtaking view of the city skyline or a relaxing view of the waterfront, views are a major feature builders seek to incorporate into new construction condo builds all over the area.

With proximity to Downtown Boston, quick access to major highways, nearby waterfront attractions, a booming restaurant scene, and great nightlife, what’s not to love about South Boston? New development all over Southie is underway. The only thing missing is you!  If you’re interested in buying a new construction condo in the sought after South Boston neighborhood, now is the time to buy. If previous trends are any indication on what the market will do in the future, prices will be even higher in the coming years. Contact an agent at Home Town Brokerage and let us help you get the best deal at your budget.