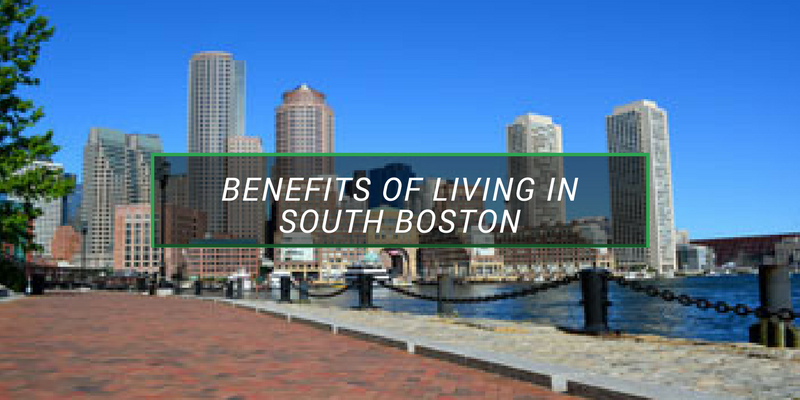 Mix a wealth of history and tradition with an urban eclectic feel and you get South Boston. ‘Southie’ as the locals affectionately call it, is a desirable residential neighborhood and a treasure in its own right. Here’s why…

Tucked away to the south and east of the Fort Point Channel and abutting Dorchester Bay, South Boston features a vibrant arts community that is sure to please. Fort Point is an area that was once filled with warehouses, but currently is home to an abundance of art studios occupied by the city’s greatest creative minds focusing on individual art, community arts projects, and collectives. When you travel further in to the waterfront, you’ll find the distinct cube-shaped building of ICA Boston, a home for cultural events and free concerts.

In addition to the arts community, South Boston also touts a rich history. It was right here in Dorchester Heights, now a national park, where George Washington’s army set up a cannon to force the British out of Boston in 1776.  Additionally, Edgar Allan Poe was stationed at Castle Island for five months in 1827 and was inspired to write The Cask of Amontillado based on an early Castle Island legend.

The magic of South Boston attracts more than just young adults and families. Leprechauns and revelers are attracted to the area every year for the famed St. Patrick’s Day Parade. Film crews have even flocked to the area for productions such as The Departed and Good Will Hunting to partake of the beauty South Boston exudes.

Southie has historically been a staple in Boston and will continue to be a major part of Boston’s neighborhood network in the future. Ongoing renovations to the area will go on to provide appeal such as street repaving, recently replaced traffic island that was nearly dilapidated, and park remodeling. For example, Medal of Honor Park has recently undergone a multi-million dollar renovation including new walkways, and a new playground and splash pad for nearby families to enjoy.

Did we mention the waterfront?  Historically this area was a marshland, however, at the turn of the 20th century, the South Boston Waterfront has seen a burst of redevelopment to include residential spaces, modern offices, hotels, retail space and restaurants.

Last but not least, South Boston can enjoy its proximity to Downtown Boston. Easily accessible public transportation lends a quick commute of only 15 minutes making this neighborhood a hot area for those working and doing business in downtown.

Community Centers located throughout the area offer a wealth of family centered programs, volunteer opportunities, coordination with the arts community and many other activities for local residents.

We are proud to feature South Boston as our primary territory and we’re always eager to learn about what’s going on in our community. Make South Boston your home today by contacting us.