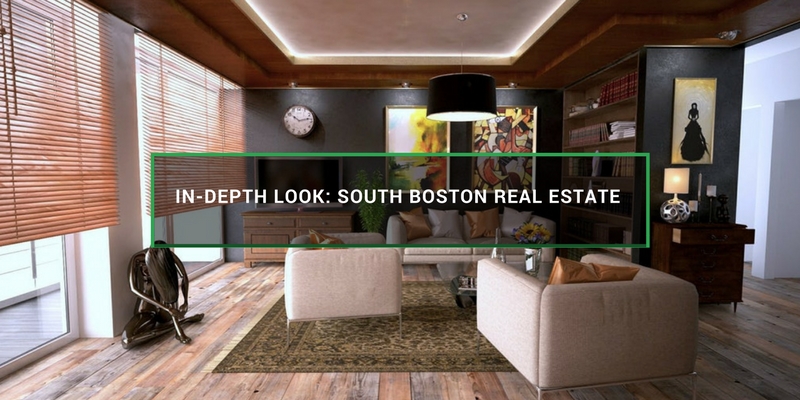 If you're looking for a new condo and have your eye on South Boston, you can't go wrong in 2018. An up and coming area of the city, South Boston is home to 35,000 people at last count, a densely populated area known simply as Southie. Deeply embedded with an Irish Catholic community and working-class ethic, this area is increasingly becoming a desirable one for many couples, singles, families, and professionals looking to put down roots. From the Revolutionary War site in Dorchester Heights to the many waterfront trails that permeate the edge of the city, South Boston is emerging as a real contender in the real estate arena.

Not only do residents enjoy the convenience of living in South Boston, close to the city proper, the eclectic selection of neighborhoods is home to a vibrant arts community with a large population of working artists. From local diners to fancy restaurants, South Boston has it all. The beaches are popular with all ages, especially the family-friendly one located at the Curley Community Center. With promises by Mayor Walsh to upgrade South Boston’s infrastructure over the coming years, you'll even see many street paving projects going on at any given time. Even Medal of Honor Park is receiving a multi-million dollar renovation, with renovations planned for many other area parks, says Boston.gov. Thus, the area is enjoying an unprecedented time of rejuvenation and regrowth designed to lure more families and professionals to its neighborhoods.

South Boston's property values are now some of the highest in Boston. While prices vary greatly depending on the size, style and luxury level, as well as waterfront or not, condos in South Boston are typically spending less than 30 days on the market -- most less than a week. Offers must be made fast and they must be at or above asking in order to hope for an acceptance. Many people are even waiving the mortgage and inspection contingencies in order to get what they want.

The real estate trend in the South Boston market is seeing a boost of $24,500, or four percent, in median home sales over the past year, with the average price per square foot rising $655, up from $615 previously. With the median home value in South Boston being about $646,000, it makes sense that values have shot up seven percent over the past year. A four percent rise in the next year is predicted. Amazingly, the price per square foot in South Boston is nearly $780, which is higher than the average in Boston of about $675. Even the rent prices are higher in South Boston at $3,000, compared with Boston at $2,650.

It's evident that South Boston real estate is hopping right now. Get in on it now before the prices go up even higher! Call Home Town Brokerage today at 617-877-1479 or email us at info@htbrealty.com. We would be happy to show you our current listings for South Boston condos and homes.